Meet Mr. Emmanuel Agbenyefia, a teacher at Katamanso KKMA No. 1 JHS. Mr. Agbenyefia has been teaching for about twenty years and he currently teaches over three hundred students. He had his basic and training college education in the Northern Region of Ghana. While at the basic level of education, he had wanted to work in the health sector. However,  financial constraints and the 1994 conflict in the Northern Region made this impossible.

After his senior high education in the aftermath of the 1994 disturbances and conflict in the Northern Region, all schools were closed down. The christian mission schools employed people as contract teachers in order to reopen their schools. Mr. Agbenyefia worked with the missionaries as a contract teacher. At the end of the contract, he was appointed  pupil teacher with the Ghana Education Service (GES). This was in May 1999, and he continued teaching until 2005 when, as a result of the interest that he had gained in teaching, he decided to become a professional teacher.

In 2005, Mr. Agbenyefia gained admission into the Tamale College of Education and graduated in 2009 as a professional teacher. He taught in primary school for close to seven years before being transferred to another school.

By then, his passion for teaching had grown so much that he applied for and gained admission to the University of Cape Coast in 2011 to read the Bachelor of Science Program in Education. After graduating, he was transferred to a Junior High School to teach and later became the head teacher, a position he held for close to three years.

Mr. Agbenyefia entered the field of science because his teacher, in basic school, when  teaching digestion, mentioned that God had placed in every human being a milling machine to break food down into smaller particles. Even at that age, Mr. Agbenyefia wondered how this heavy milling machine could be sitting inside a human being. That curiosity stayed with him until in Junior High School he got to understand what his primary school teacher had meant. His curiosity to understand nature led him to read science in Senior High School.

Mr. Agbenyefia loves to teach science, especially when improvising in laboratories using any available materials, which makes teaching and learning very interesting and hands-on for both teachers and students. Mr. Agbenyefia finds this to be very inspiring because this form of practical work is student centered and that makes the student think critically, allowing them to  learn on their own using materials from their own environment. He also does everything in his power to make his students feel comfortable, so they can understand the concepts he teaches them with ease.

What keeps Mr. Agbenyefia motivated is that his former students show their appreciation when they move ahead successfully in their education and in society. Mr Agbenyefia intends to form a science club to train students to become great scientists in the future. According to Mr. Agbenyefia, most of his students have created wonderful projects including a model helicopter and many others. These projects are being kept for exhibition in the future.

Mr. Agbenyefia says that participating in the JUNEOS challenge has influenced his teaching in a positive manner. It has made him develop the habit of using local materials in the environment to teach practical lessons and it has also given his students the ability to take advantage of their environment in exploring any area of science.

Kofi Dzogbewu is a Ghanaian storyteller. He holds a Bachelor of Arts (BA) in English Language and Literature from the University of Ghana. He is an alumnus of the Mo Issa Writing Workshops.

You can find more of his work on his blog and find him on all social media platforms with the name ‘Kofi Dzogbewu’ (@fdzogbewu). 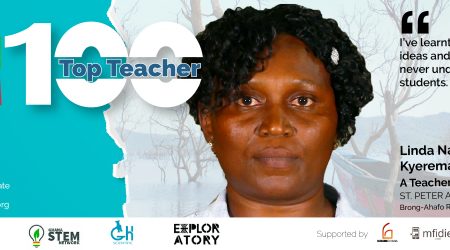 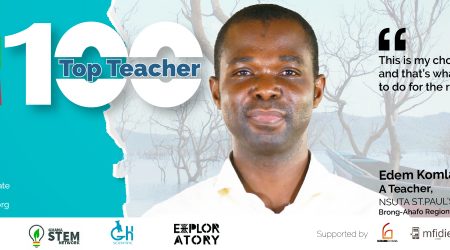 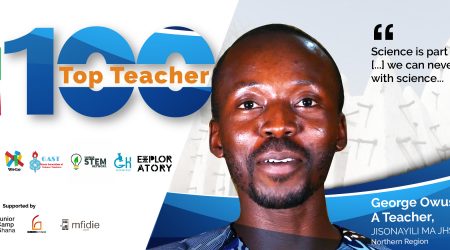