Mr. Bismark Anane-Adjei is a science teacher at the Rohi Christian School. It had been a childhood dream of Mr Anane-Adjei to be a medical doctor, but due to financial constraints he was not able to pursue this dream, instead pursuing further education in Chemistry, receiving his masters degree in Chemistry in the year 2017.

Mr. Anane-Adjei has always loved science, ever since he was a child. He studied science in Senior High School, even though his father wanted him to study Business. So he was rather excited when he was denied admission to the school where he was supposed to read Business, since this gave him the chance to study science in another institution.

Education comes to Mr. Anane-Adjei naturally, as his father and childhood hero is a retired educator. His father was the headmaster of the basic school he attended, and Mr Anane-Adjei loved the way his father taught his students. He is also married to a teacher and they have a son.

Mr. Anane-Adjei is exceptional at what he does and was awarded the best head of department and best member of staff for achieving a set target in the year 2016 by the MINT Group. He draws inspiration from the joy he sees in his students whenever he takes them to the laboratory for practical lessons. There was this time in the past when he gave his students the opportunity to go to the laboratory to do whatever experiments they wanted under his supervision. The students conducted interesting experiments which they were able to apply during their BECE exams.

Mr Anane-Adjei has been teaching for over thirteen years and currently has a class size of thirty students in a new school with a growing population. He dreams of one-day teaching science to students at a higher level of education. His ability to impact on students to reach greater heights than himself keeps him motivated. He also likes teaching of Science, Technology, Engineering and Mathematics (STEM) because it is result oriented and provides students with the ability to come up with creative ideas to solve problems. He believes everything in the world is about STEM, so being a STEM educator is the way forward to making Ghana a problem solving and result oriented nation.

Through the science coordinator of his district, Mr Anane-Adjei got to know about the JUNEOS challenge. The challenge has motivated his students to learn and take science more seriously. The challenge has also influenced his teaching. He now takes a more practical approach to the teaching of science-related subjects.

Mr Anane-Adjei believes we have to take STEM seriously as a nation, because it is the future.

Kofi Dzogbewu is a Ghanaian storyteller. He holds a Bachelor of Arts (BA) in English Language and Literature from the University of Ghana. He works with words in many forms including non-fiction, fiction, drama, and poetry. He is an alumnus of the Mo Issa Writing Workshops. You can find more of his work on his blog. 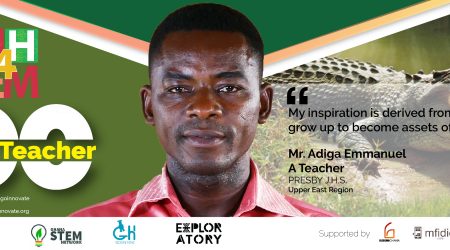 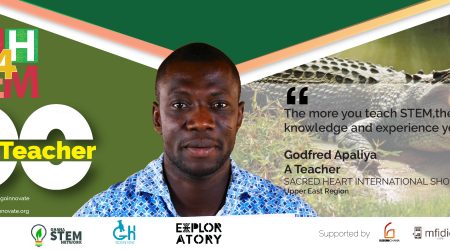 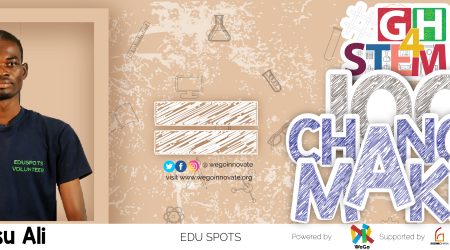 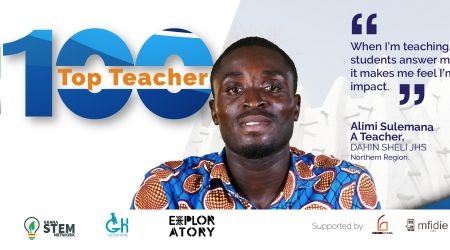